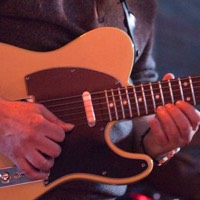 Learn every lick in all positions and with every fingering…That is a phrase I read many times in books and heard guitar teachers tell their pupils (be it in real life or on the internet).

I agree that knowing how to play a lick in a lot of ways can be beneficial (it is). The road you follow to do this can already be enlightening. Finding out how to play a short lick in lots of different ways can teach you a lot.

But! There are arguments against obsessing over this.

The main argument is one of time. A lot of teachers (and writers of guitar methods) suppose you are as dedicated as they are and that you have an unlimited amount of time to spend. In reality most people (you?) play the instrument as a hobby and have a job and a busy family life. I estimate an average person can spend half an hour to an hour a day with their guitar. Some are luckier and can do more but not that many.

Those best positioned to do more are young people without obligations like feeding a family. Note to these people: now’s the time!

Second argument (against) (and his is an important one). When you are improvising you are making a lot of decisions on the spot. You are assessing the harmony. You decide what scale to use. aFrom that scale you decide what notes you will choose to play a phrase or lick to obtain a certain melodic and emotional effect. There are really a lot of things going on in your head when you improvise a solo, be it a blues or jazz solo and it happens in a very short period of time, on the spot.

All of this can only end well if all the ingredients of your solo/ lick/ phrase are under your full control and happen as if it is second nature. It should come to you as naturally as talking. It is in fact a lot like talking.

I said earlier that “a lot of things are going on in your head” while improvising. These things however should be unconscious and automatic, again akin to speaking (It is when you have to think too much about what you are doing (conscious that is) that things go bad in your solo).

For this to happen you have to know the components (vocabulary) you use (licks, patterns, scale fragments) very well.

Now, if you have only a half an hour a day to practice, learning to play everything everywhere that well is not realistic. By the way, I should add another favorite I read and hear everywhere: you should learn to play all patterns and licks in all keys. As you can guess, I advise against that too, for the same reasons and more. I will explain why in another article.

Do not measure yourself against players like Guthrie Govan :-).

In these of age of days there are more and more great players that really know their stuff, and I mean really. The availability of information and the accessibility to tuition produces more and more player that can play “anything” (Guthrie Govan comes to mind). We have a tendency to measure ourselves against these players, but we should not. Playing the guitar is their lifehood, they made a decision somewhere in their life that playing the guitar is all they want to do, probably at a young age. In the same line of thought, browsing too many players on youtube can really mess with your head. No, you can not “be” all these players. It’s a recipe for a depression.

Most great players have their signature licks they execute in the same way every time.

A lot of great players however, correction, most great players have their signature sounds and licks they use all over the place. This becomes clear when copying their solos. After a while (a solo or 3) you “know” them and transcribing a solo from that particular player becomes gradually easier. Even playing some solos from tabs reveals this. Heck, some very famous guitarists very are limited in their vocabulary, but they know their vocabulary really well.

It can be beneficial to focus once in a while on a lick and try to find as many ways to play it as you can , but this should not use up all your practice time.

Also: not every lick is created equal. Some licks are virtually impossible to play in with another fingering than the original. Some licks are even not playable in another key, especially when open strings are involved. Changing the position a lick is played in can also drastically change the nature of the phrase. If a lick relies heavily on pull-offs and hammer-ons, changing the position can make it impossible to play the same hammer-ons or pull-offs. Sometimes this is a good thing, but a lot of times the feel of the lick is lost. Patterns that suffer the least of this are strict alternate picking patterns like used in eight note jazz runs.

Learn a lick in 2 or 3 positions and 2 octaves.

A good way to approach this is to learn to play a lick you really like with at least 2, preferably 3 different fingerings in 2 octaves. If you want to be able to use a lick in your soloing later on, you must study the lick really well so that it is readily available. Play a solo over a suitable backing track and try to incorporate the lick in your soloing. This is much harder (and useful) than just studying the lick standalone.

Another thing to do is to match that particular lick to a scale position you know or vice versa learn the scale the lick is derived from. This should make it easier to locate and use the pattern later on.

Vary the key from day to day or week to week.

A second approach is to vary the key of the backing track (and accordingly the lick or scale). You can vary this over time. Use a backing track in C today and a backing track in G the day after. Variation: play all licks and patterns you learn in one given key during one week. I will show how to tackle this practically in a later lesson. This is much more fun and beneficial than blindly forcing yourself to play the pattern or lick in all keys and fingerings during one and the same practice session.

Do learn all major and pentatonic scale fingerings!

I will cover the fingerings of these scales (and fun ways to practice them) in a later lesson. If you want to be notified, please subscribe to the mailing list. Subscribers will get a free ebook too (as soon as it is released)!

P.S. all the above presumes you don’t have unlimited time to spend playing the guitar. Everything depends of course on the level of your dedication to the instrument. If you are a full time music student or professional musician or you are filthy rich and have nothing else to do, things are a bit different. And again: young people who don’t have grown up obligations and who want to be “that nerd with his guitar”: go ahead, play that guitar for 4 hours a day. It’s healthier than a Playstation or tapping your smartphone anyway.

So, in answer to the question in the title: if you are a hobbyist with a limited amount of time, no. If you are considering a career as a guitar player: hm, yes, maybe, but be creative doing it: change keys while staying in one position for example and only do this with licks you consider worthwhile. Balance also with other topics like transcribing, playing heads, playing chord melody arrangements, sight reading and just freaking out on the instrument. Otherwise you will bore yourself to death.

What are your thoughts on this? Leave a comment below!

In the meantime, happy guitar noodling!